Harsha Lake to be site of USRowing 2015 Club National Championships 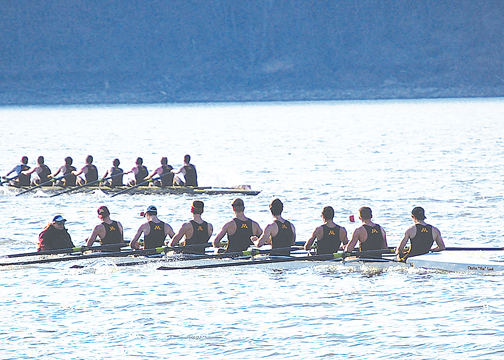 Clermont County Commissioners and the Clermont County Convention and Visitors Bureau have announced that the 2015 USRowing Club National Championships will be held July 15-19, 2015, on Harsha Lake in East Fork State Park.

The race will be hosted by Clermont Crew, in partnership with USRowing. The Club Nationals has become one of the largest summer regattas nationwide, featuring five full days of racing and more than 1,500 crews from youth, collegiate, and adult teams nationwide.

Beyond hosting collegiate dual racing already this spring, the venue will host UC’s Cincinnati Regatta, the Cincinnati High School Invitational, and the Midwest Junior Rowing Championships. The course will also host the Head of the Hidden Dragon head race in the fall.

“The competition around the country for these major events is fierce,” he said. “Clermont County has two important advantages: first, we have a world-class venue that includes Olympic starting blocks; second, we have an involved local community that is really proud to get behind this effort.”

Mark Calitri, president of the Clermont CVB, explained, “We compete every day to make Clermont County a preferred sporting destination by maximizing the county’s recreational assets. Our bid team worked hard to attract an event that will give the county a significant economic boost.”

“Events like this bring money and jobs; the economic impact of this 5-day event will approach two million dollars,” Commissioner Uible said. “A rowing event of this scope creates a strong economic ripple effect through our entire community. As event participants explore Clermont County, beneficiaries include hotels, restaurants, retail locations, and many other businesses that cater to these visitors.”

AJ Dominque, national events manager for USRowing, said, “We were delighted to see such a close connection and cooperation between private, local, and state resources in this bid—it’s really an effective model. Clermont Crew and the Clermont CVB rolled out the red carpet for us, and ODNR offered meaningful support to make this bid a reality. We’re really happy to have Harsha Lake back in our portfolio of venues, and we look forward to a world-class event.”

“The commitment displayed by the rowing community here in Clermont County was instrumental in securing this great event,” said Ohio Department of Natural Resources Director James Zehringer. “We are happy to have so many local partners as we take this opportunity to showcase one of Ohio’s state parks on a national stage.”

Commissioner Uible noted that competing for the race was part of a broader effort to fundamentally improve the watersports facilities at East Fork.

“Harsha has such a proud history of national-caliber racing,” he said. “As a business-turnaround specialist, I was surprised to see a key county resource not pulling its weight. To me, and I think I can speak for my fellow commissioners when I say that fighting for this venue was sort of a no-brainer—if we improve the facilities, we can generate great events. It’s a huge opportunity for our community and especially for our young people, and we’re looking forward to great events in 2015 and beyond.”